Roger Federer never really intended to turn tennis on its ear when he conceived the Laver Cup. But in its three short years of existence, the event has overflowed its mandate to serve as a “weekend festival” (Federer’s words) linking past and present-day players.

The Laver Cup, which ended Sunday, has quickly emerged as one of the prime properties in tennis, a disrupter of the status quo and a challenge to a pro tour that is already grappling with the fear of becoming irrelevant to an audience of millennials. Here are five areas in which the Laver Cup could shape the future of the ATP Tour.

The match tiebreak in singles

The Laver Cup in Geneva was decided at the last possible moment by a match tiebreak, with Alexander Zverev clinching the Cup for Team Europe 6-4, 3-6, 10-4. Did anybody feel shortchanged by not getting to see a third set? Certainly not the winner. Soon after the match, he told reporters, “I’ve never played in something like that. It was unbelievable.”

The match tiebreak is already the standard doubles format on both tours (but not at Grand Slam events). It’s different from the familiar tiebreak in that the winning player must win at least 10 points (instead of seven) by a margin of at least two. Much of the appeal of the match tiebreak is that it keeps matches from going beyond two hours, a boon to tournament schedule-makers and television executives.

By using the format in singles in an event unconstrained by tradition, all were free to see how it might fly in official tournaments. There was little evidence that the format cheapened the outcome or turned a match into a crapshoot. If anything, it appeared that two hours of play is a reasonable amount of time to decide which is the better player on the day — at least on everyday occasions.

Also, in this day of ever-increasing physical demand on the players, shorter matches in subprime events might increase participation by top players and save wear-and-tear on everyone. The Laver Cup has opened a door to that conversation. 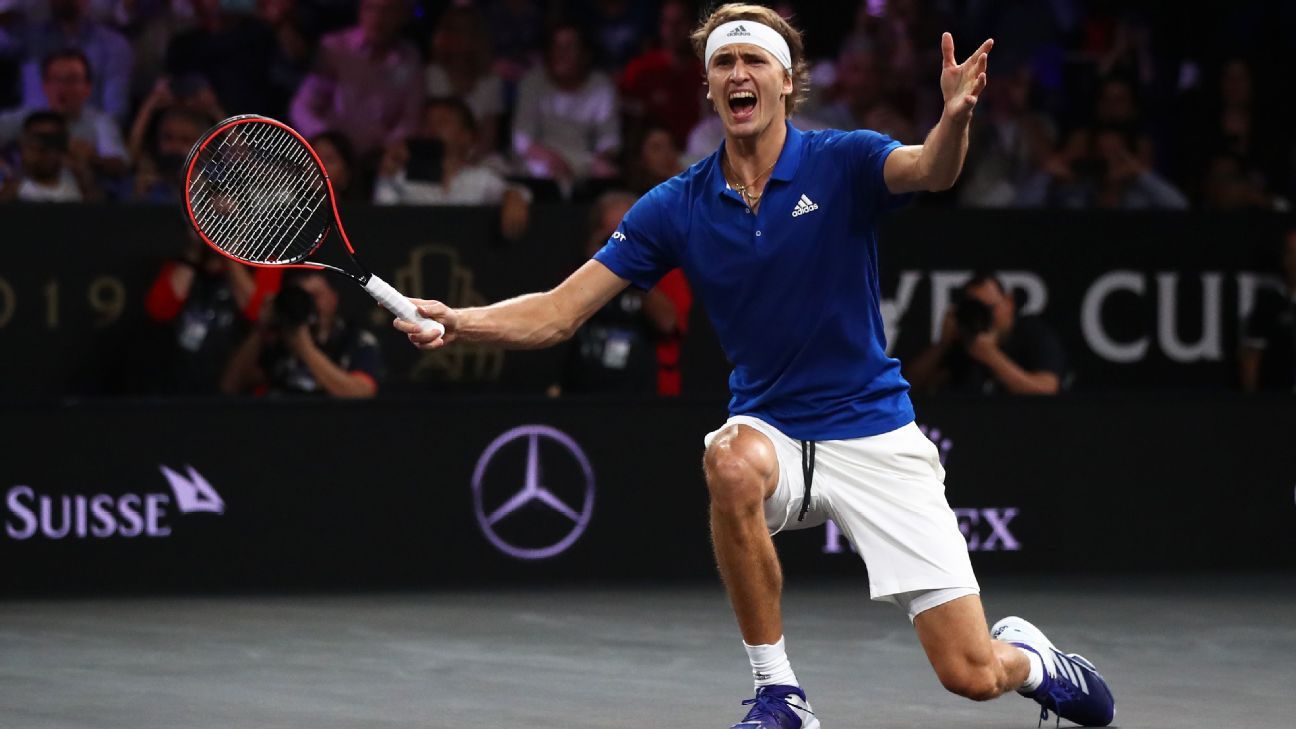 Patrick Mouratoglou is best known as the coach of Serena Williams, but he’s becoming a leading free thinker and reformer. Inevitably, he responded to the sight of Rafael Nadal astutely coaching Federer during the Swiss icon’s struggle with Nick Kyrgios with this tweet: “It is amazing to get this energy, this level of information. This is all about performance, strategy, finding a way, this is all about life. When do we bring that on tour all year long, ATP?”

It’s a good question, though it’s a more complicated issue than the match tiebreaker. Still, the Laver Cup demonstrated how much tennis sacrifices by prohibiting on-court coaching and by being a sport of individuals.

The presence and impact of a bench of teammates might be partly responsible for the Laver Cup’s tendency to produce tight matches.

“When you can play a point, I feel like no matter how good or bad you’re playing, you look over, and they are supporting you,” Jack Sock said of the Team World bench. “Then you have both Macs [captain John McEnroe and vice captain Patrick McEnroe], they’re fist-pumping and getting you going. I feel you can’t really play bad when you have that going on.”

It might not be wise to fill a courtside area with a self-policing group consisting of a player’s coach and other supporters at regular tournaments, but the success of this event is certainly going to figure in discussions about on-court coaching. 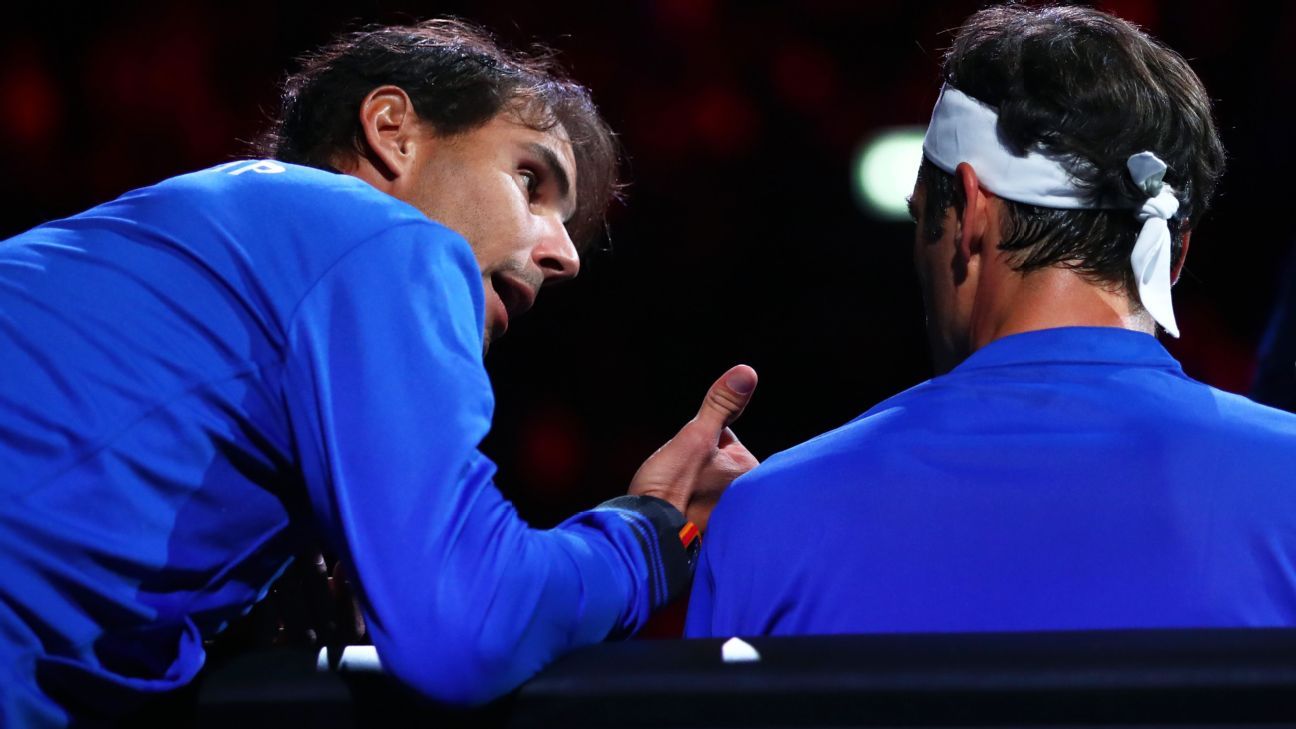 Another noteworthy, distantly related event took place during Laver Cup weekend: the opening of the Billie Jean King Main Library in King’s hometown of Long Beach, California. King has spent her adult life advocating for team tennis. Her brainchild, World TeamTennis, was launched with great support from handsomely paid players in 1973. It still endures, albeit in an altered form.

World TeamTennis did not survive as a legitimate threat to the basic tournament structure, partly because the fledgling player organizations did not throw their weight behind it. While the elements that make team tennis appealing have remained the same, the attitude of the pros, public and tennis officials is evolving.

The ATP, witnessing the out-of-the-blocks success of the Laver Cup, has embraced the event. The ITF has given the Davis Cup, until now the premier (and only) significant international men’s team event, a makeover that has left the competition unrecognizable — and endangered. The ATP has rushed to launch the ATP Cup, a direct threat to the Davis Cup.

Who knows where the sudden clamor and support for team play will lead?

The streamlined aspects of the Laver Cup — a limited number of competitors, a three-day time frame and compelling vignettes occurring outside the lines during matches — challenge the appeal and efficiency of standard tournament events in the ATP’s three-tier system.

Typical tournament draws are complex, unwieldy things for all concerned. Tennis is a great day out, but do most fans really want to watch three matches that could go as long as a combined nine or 10 hours? Smaller draws and shorter matches have been up for discussion in recent years. The Laver Cup will bring those issues to the forefront for many promoters.

The continuing growth and success of the Grand Slams is a source of concern for the ATP, even though its nine top-tier Masters 1000 events have flourished. Does tennis really need or want all those ATP 500 and 250 tournaments? It’s a question worth asking.

There’s only one thing wrong with doubles tennis: the game of singles. Somehow, it takes up so much of the game’s bandwidth that doubles is forever overshadowed. That has been changing, though, and the Laver Cup is at the forefront of this trend.

In the Laver Cup, doubles victories are worth the same number of points as singles wins. Every day features a doubles match. On the almost inevitably pivotal final day, the program begins with a doubles match that is likely to loom as a must-win encounter. Doubles wins have kept Team World from being overwhelmed by Team Europe in this event, further enhancing doubles.

A growing awareness of the value of doubles has opened many options for the players. Just look at the way Andy Murray has used it to ease his way back onto the tour after a hip resurfacing. We might even see the day when a top singles player chooses to play only doubles at an event to keep his game sharp.

Doubles has needed all the help it can get to remain relevant, and it has been getting that push partly from the Laver Cup.