The clay-court season that begins in earnest this week and picks up steam as it moves through Europe in the coming weeks — culminating in the French Open in late May/early June — promises to be both intriguing and unpredictable!

That’s because the landscape in both the ATP and WTA has changed. After all, who would have predicted that none of Serena Williams, Novak Djokovic, Naomi Osaka or Rafael Nadal would play a final at either Indian Wells or the Miami Open in March?

Here are a half-dozen questions raised by the move to clay as we head toward the French Open: 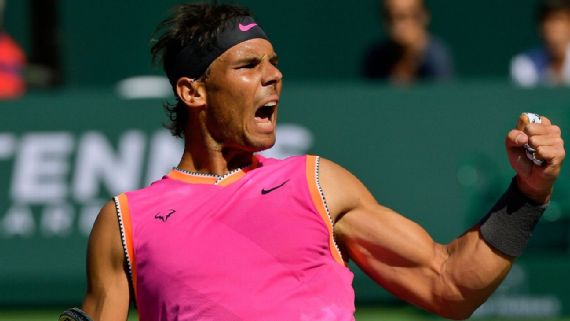 Can Rafael Nadal continue to dominate?

The reflexive answer to the question is a hearty yes. Nadal is the defending champion — as well as a mind-blowing 11-time winner — at the grandest clay event of them all, the French Open. Beyond that, he owns the record for most wins at the prestigious Masters 1000 tournaments (33), largely because the “King of Clay” has played with otherworldly consistency at the clay Masters events.

The caveat is that Nadal’s chronic injury woes seem to be getting only worse. In March, he had to withdraw from Indian Wells with tendinitis in his right knee just hours before his scheduled semifinal match against career rival Roger Federer. Going back as far as the Paris Masters in the fall of 2017, Nadal has withdrawn or retired from five of his past eight hard-court tournaments — including two of the past three hard-court majors.

Nadal has fared much better on clay due to the soft, forgiving nature of the surface, but he’ll turn 33 during the French Open. Still ranked No. 2 in the world, he has been training on clay at home on Mallorca and has not hinted at any difficulties. But then, nobody expected him to withdraw with a wrist injury from the French Open before his third-round match in 2016, either.

If Nadal stays healthy, he’ll likely add to his Masters titles record — and make it an even dozen wins at Roland Garros.

Will we see a healthy Serena Williams contending?

Williams, who is 37 and still trying to get traction in her post-childbirth comeback, has faced injury or illness in all three tournaments she has entered this year. She rolled an ankle during her quarterfinal meeting with Karolina Pliskova at the Australian Open, opening the door on a sensational comeback win by her rival. In the other two events, she retired during her second match at Indian Wells and withdrew from Miami after playing once. The reasons cited were, respectively, a viral illness and a knee injury.

While Williams has the WTA tour’s best career record on clay (166-34, an 83 percent winning percentage), she is playing a reduced schedule that leaves her little room for error — or seasoning — as she tries to equal Margaret Court’s all-eras record of 24 Grand Slam singles titles. The only clay event Williams is committed to so far in 2019 as preparation for the French Open (where she’s won three of four finals) is the Italian Open in mid-May.

The clay in Rome has a golden tint, and it usually plays a little faster than the French Open’s red “terre battue.” That makes it an excellent choice if Williams is looking to get a few matches under her belt, but a less wise choice for dialing in her red clay game. Williams won the Italian Open three of the past four times she has entered it, most recently in 2016. 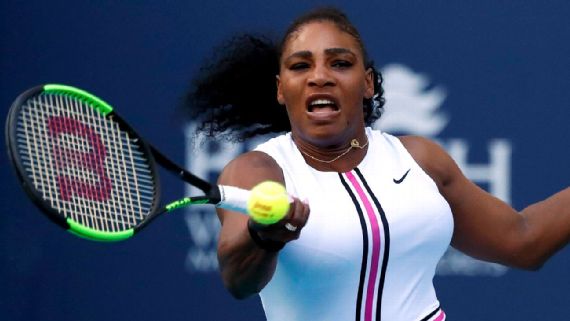 Why is Roger Federer returning to the clay?

Federer told ESPN.com back at the Laver Cup in late September that his main motivation for the return after skipping the clay circuit in 2017 and ’18 was his basic love of the game. But in Miami last month, the 37-year-old icon also implied that skipping clay altogether might not have been as beneficial in the long term as he expected. He feels hard training and a few rugged baseline battles on clay may leave him in better stead in the long term — provided he continues to enjoy excellent health.

“Obviously I want to be ready for Paris,” said Federer, who is slated to make his 2019 clay debut at Madrid in early May. “I hope all of that work is [also] going to pay off for the grass-court season and also for the hard-court season.”

Federer explained that he wanted to play the clay segment in an open-minded, “relaxed” manner, without overly worrying about results. So don’t expect miracles, he warned in his media conference after winning the Miami Open: “I’m not very confident,” Federer admitted. “To be honest, I didn’t play one point — not one shot on clay, I don’t believe — last year. Two years ago I played two days. I don’t know, I didn’t even remember how to slide [on clay] anymore. I’m taking baby steps at this point.”

On the practical side, while Federer isn’t focused on the top ranking, the rankings points he’s likely to earn will all be gravy (as no points from 2018 will be dropping off), which could ensure that he’ll be guaranteed high seeding as the year goes on.

Who has the inside edge in the WTA?

The final weekend of WTA play in North America this past weekend featured four finalists (in Charleston, South Carolina, and Monterrey, Mexico) with great name recognition: Madison Keys vs. Caroline Wozniacki and Victoria Azarenkavs. Garbine Muguruza. All but Keys have been ranked No. 1 and have won Grand Slam singles titles. But none had won a tournament yet in this year of disruption. Keys and Muguruza finally cracked the code, but expect more of the same volatility in the months to come.

Barely 1,000 rankings points currently separate the seven top players in the WTA. With her win in Monterrey, Muguruza became the first player over 22 years of age to win a hard-court event this year. The WTA’s 16 tournaments this year still have not produced a single repeat winner.

Australian Open champ and still No. 1 Naomi Osaka barely cracks the .500 mark with her career record on clay (22-21), her best result a third-round loss to Keys at Roland Garros last year. Simona Halep, the defending champion at the French Open, is hanging in there at No. 2 but hasn’t won a tournament on any surface since last August and her coaching situation is muddled. Two-time French Open champion and perennial contender Maria Sharapova is recovering from a shoulder injury, but she’s 31 and hasn’t won an event since October 2017.

Recent young champions like Bianca Andreescu (Indian Wells), Ashleigh Barty(Miami), Belinda Bencic (Dubai) and Aryna Sabalenka (Shenzhen) rate high on the list of clay contenders. Andreescu and Barty have excellent shot variety — always an asset on clay — while Bencic has a fine command of strategy and Sabalenka can hit spectacular winners from anywhere on the court.

Sloane Stephens, last year’s French Open runner-up, is a mediocre 8-7 this season. She could turn it on at any moment, but right now it looks like Halep, Petra Kvitova and Angelique Kerber are the other Grand Slam champions most likely to keep the youngsters at bay.

Can the young stars of the ATP continue to shine?

The pros competing under the Next Gen banner had a great tournament in Miami, with Canadian teenagers Denis Shapovalov and Felix Auger-Aliassimecrashing the semifinals. But Stefanos Tsitsipas, Frances Tiafoe, Borna Coric and Daniil Medvedev also fared well in what may go down as a breakthrough event for their generation. All of them have earned street cred on clay.

Alexander Zverev won just one match in March, and he continues to underperform at Grand Slam events. But he’s still just 21 years old, ranked No. 3 and standing head-and-shoulders above his Next Gen peers. Zverev already has three Masters titles (two on clay) in his collection of 10 wins. Tsitsipas, up to No. 8, seems to be closing the gap. The 20-year-old from Greece leaped into the limelight last year when he reached the final at Barcelona before bowing to Nadal.

Shapovalov, 19, had some doubts a year ago about his rapid rise in the rankings. But he said in Miami that he experienced a self-validating moment when he reached the semifinals in Madrid last year. Auger-Aliassime skipped the grass circuit last year in order to gain experience on the clay Challenger circuit. That decision could pay off in a big way for the 6-foot-4, 18-year-old.

If not Nadal, then who?

Easy answer. Top-ranked Novak Djokovic hit some speed bumps in March, but he acknowledged that his preparation was lax. He’s likely to come roaring back to form.

But watch out for Dominic Thiem. The 25-year-old Austrian is often overlooked because he’s neither of the older generation nor the Next Gen crew. Plus, he has had the misfortune to be best on the same surface as the King of Clay, Nadal.

Thiem, currently No. 5, was the runner-up to Nadal last year at the French Open. He bamboozled Federer in the recent Indian Wells final. Eight of his 12 career titles were earned on clay — and so were all three of his wins against Nadal (who leads the series 8-3). He has the stamina and power to beat anyone on clay, and he has been waiting patiently for his moment to arrive.